(Link: The ‘X’ Stands for ‘Extended’ at Camelot Academy in Durham – Scott Mitchell)

Being small can be an advantage. Ask David. Ask Goliath. Or take a look at Camelot Academy and the “X -Schedule” it has implemented for the month of January.

The “X” stands for “Extended” and the Durham K-12, independent school basically scrapped its six-period day for a month so a number of extended (four-hour) classes could pursue learning outside the classroom. The “X-Classes” go off on daily adventures not unlike those of Ms. Frizzle and The Magic School Bus. 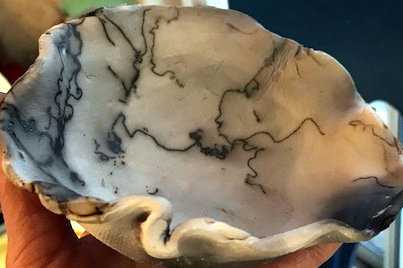 Pottery made by the open-pit method Civics students found themselves in the middle of a gerrymandering protest! (”Take chances!”)

Matt Wilhelm’s civics class traveled to Raleigh on Jan. 9 and spent the morning with State Sen. Mike Woodard, and Rep. Marcia Morey. They not only showed the class of 10 around the chambers and lawmakers’ cafeteria, but answered questions and spoke at length about various aspects of their jobs – including getting elected and being Democrats in a majority-Republican legislature. Meanwhile, just outside the building, a group of demonstrators gathered to protest gerrymandering.

Tom Mitchell’s environmental science class went from studying hydrology and soil composition to taking core samples from various locations and analyzing what they pulled out of the ground. (”Get messy!”) They also volunteered at several of the state’s conservation sites, including the Penny’s Bend Nature Preserve where they helped to clear dead trees and reduce restraints on protected and endangered plant species such as the Dwarf Sumac. 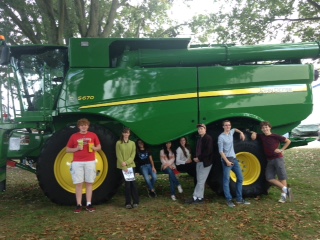 The Agri-Science class goes shopping for farm equipment Art teacher Judith Kuegler augmented her unit on pre-historic art by doing an archaeological dig with her class. “I wanted to show them the process by which most ancient artifacts are found,” she said. Next, she introduced them to open-pit firing, the method by which much ancient pottery was made. Her students not only made plates and bowls, they also found they could enhance what they made by laying strands of horsehair across the glowing clay as it was removed from the fire. As the strands shriveled and danced across the red-hot surface they left behind an interesting pattern of dark, erratic lines. “Human hair doesn’t work,” Abby Weber, a senior at Camelot volunteered enthusiastically, “We tried it.” (“Make mistakes!”) 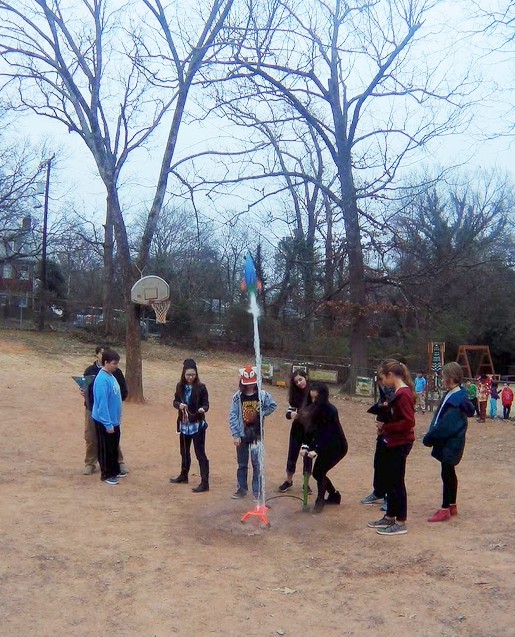 Intro. to Physical Science class launches bottle rockets they designed Lori Hilliard’s agri-science class, which had been studying animal husbandry, veterinary science and agri-economics went to the Raleigh farmers’ market to talk with actual farmers about farming. They also visited a tractor supply outlet to price farm equipment and did a lab on meat identification (They later cooked and ate the samples!) All this research will help them complete their final project: Given a budget and a certain parcel of land, what would they choose to grow or raise in order to start a sustainable business?

Sharks (metaphorical ones) circled as the entrepreneurial class competed for the winning plan on what to do with the eggs produced by the school’s flock of chickens. (”Take risks!”)

In true “Shark Tank” style, the three competing teams presented their bold ideas, financial projections and marketing strategy to persuade a panel of judges. The winning concept will receive the resources necessary to launch their company in the spring.

Middle graders were in the middle of it all. The physical science class of Irfan Azam was studying Newton’s laws of motion, so of course they went roller skating (“Keep your mass centered!”) and designed, built and launched bottle rockets (“every action has an equal and opposite ...”). Amy Cummings has taken “Roots” as the theme for her social studies class. They are studying how local government (Durham) has provided access to water, food, shelter, clothing, etc. over time. They visited The Stagville Plantation to learn how a slave economy handled these issues. They also went to the “Story of North Carolina” exhibit at The N.C. Museum of History which traces the history of North Carolina from the Native Americans through the Civil Rights Movement.

Fasten your seat belts, January is not over yet! Bus – do your stuff!

Scott Mitchell is the director of admission at Camelot Academy. You can reach him at (919) 688-3040 and camelotacad@aol.com